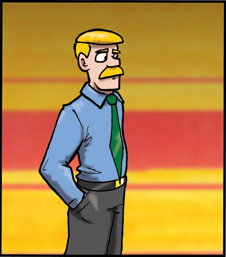 Mister P. Zysk was the head of security for the Barsoom Circus.(deceased)

Zysk hires Sgt. Schlock as part of the circus security grew so Schlock can sniff for Boomex. He is killed by a bull elephant infected with musth 2009-07-16. We later learn that this was no accident and that he was actually murdered by Betsumei.

Mr. Zysk first appears in his office at the Barsoom Circus when he meets Sgt. Schlock 2009-06-05.