Superfreighter. Used in the campaign against Commander Shufgar & his pirates 2006-09-17. Current condition/whereabouts unknown.

[Insert the known history of this particular vehicle] 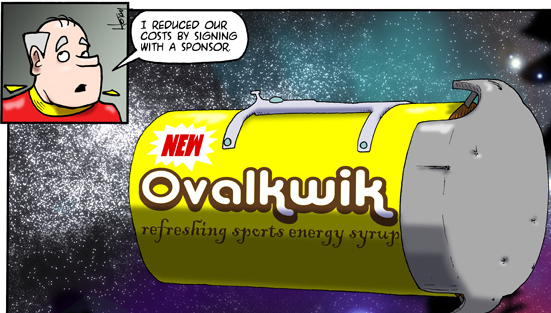 [Just what it says. Remove the word 'Owners' or 'Pilots' as appropriate.]

The bear-like pilot might be an homage / guest appearance by Doc Nickel, from The Whiteboard webcomic. File:Http://static.schlockmercenary.com/comics/schlock20060925.png?1297712548 Doc Nickel has also had other cameos - see the Cameo Appearances page.