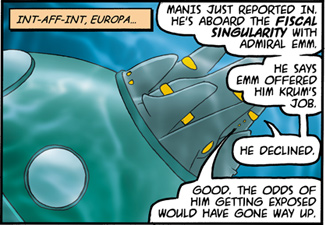 UNS Internal Affairs Intelligence Corps. Has a base on Europa.

[Insert known relationships with other groups or characters]

[Insert a brief description of the circumstances of the first appearance of a representative of this group in the comic and a link to that strip.]