Difference between revisions of "Oisrí" 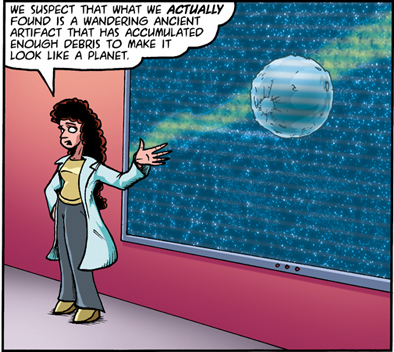 Wandering Luna-sized planetoid at the far end of the Carina/Cygnus arm of the Milky Way.

Statistics from Augustus Chevre in 2012-02-09 and Wikipedia.

but should be about 16 times Earth standard

Revealed on 2012-03-18 to be an antique annie plant, almost a thousand times larger than any plant that can currently be built. And it has attracted the attention of the UNS.

Once it was all over, Petey's analysis was that it is a machine for creating dark matter creatures (Pa'anuri) 2012-12-30

[Insert uncertain and speculative facts about the place.]