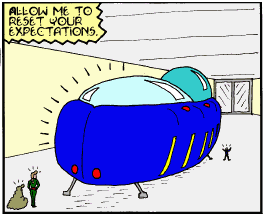 Toenail One was built in the //Post-Dated Check Loan//'s fabber for Tagon's Toughs 2001-06-15 , and christened after Petey commented that naming the ship would be akin to a human naming their toenails 2001-06-16. After Breya Andreyasn was fired from the company, she was given Toenail One as part of her severance package. 2001-09-05.

[Insert uncertain and speculative facts about the vehicle.]