Later, the amorphs allowed a Gav to take the eye tree from Hob's grave for Schlock's personal use 2012-04-18. 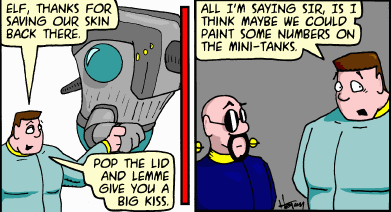 Hob was the demolitions expert for an undetermined time before his first speaking role when, under the command of Sergeant Shodan, he was tasked with creating an entrance in the luxury liner Princess Tyola. Additionally, he was part of the security detail for Captain Tagon on that ill-fated mission. 2001-10-11 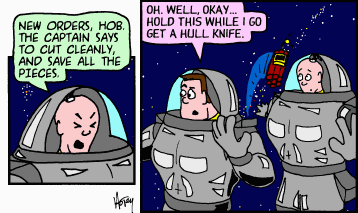